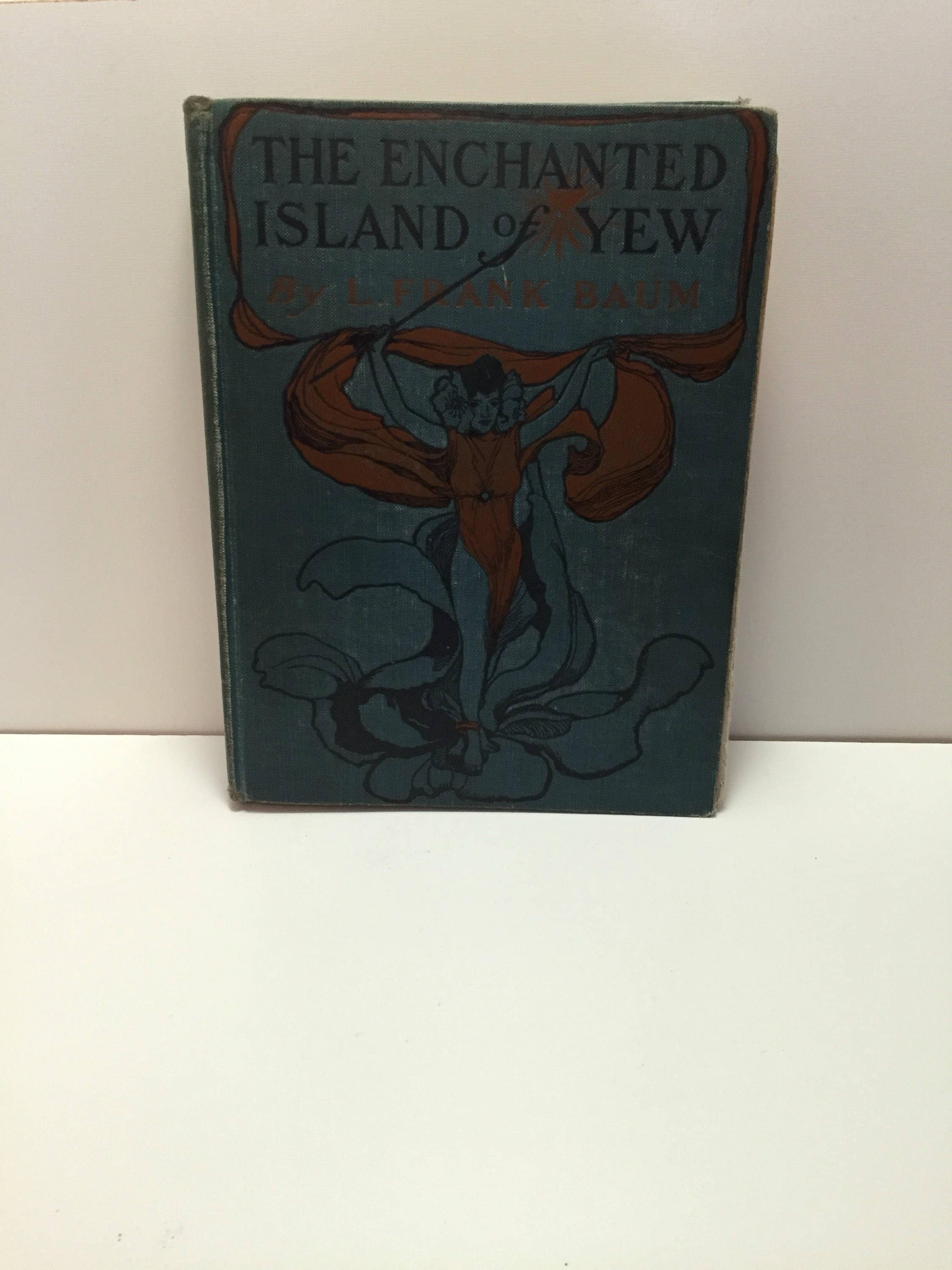 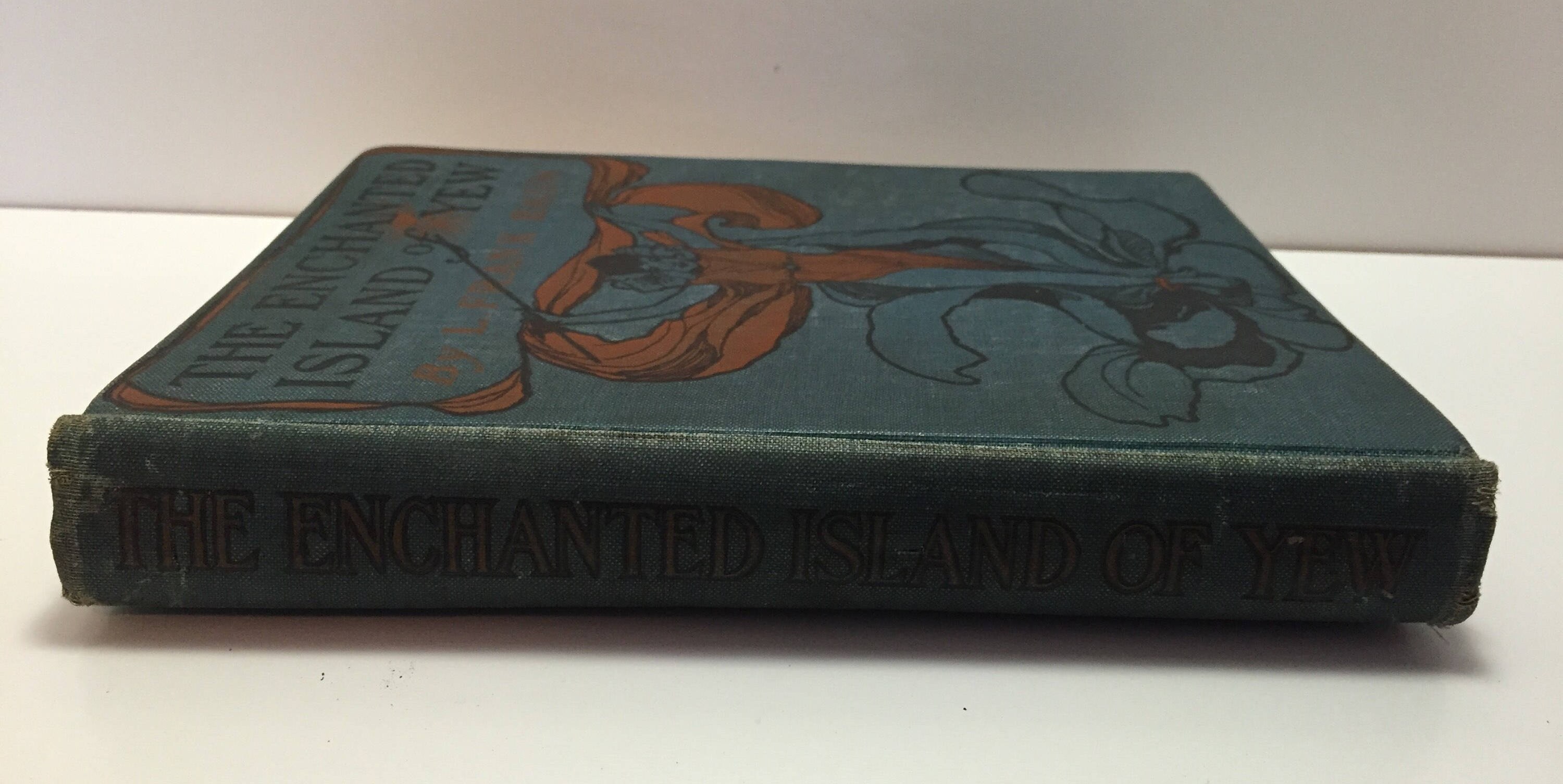 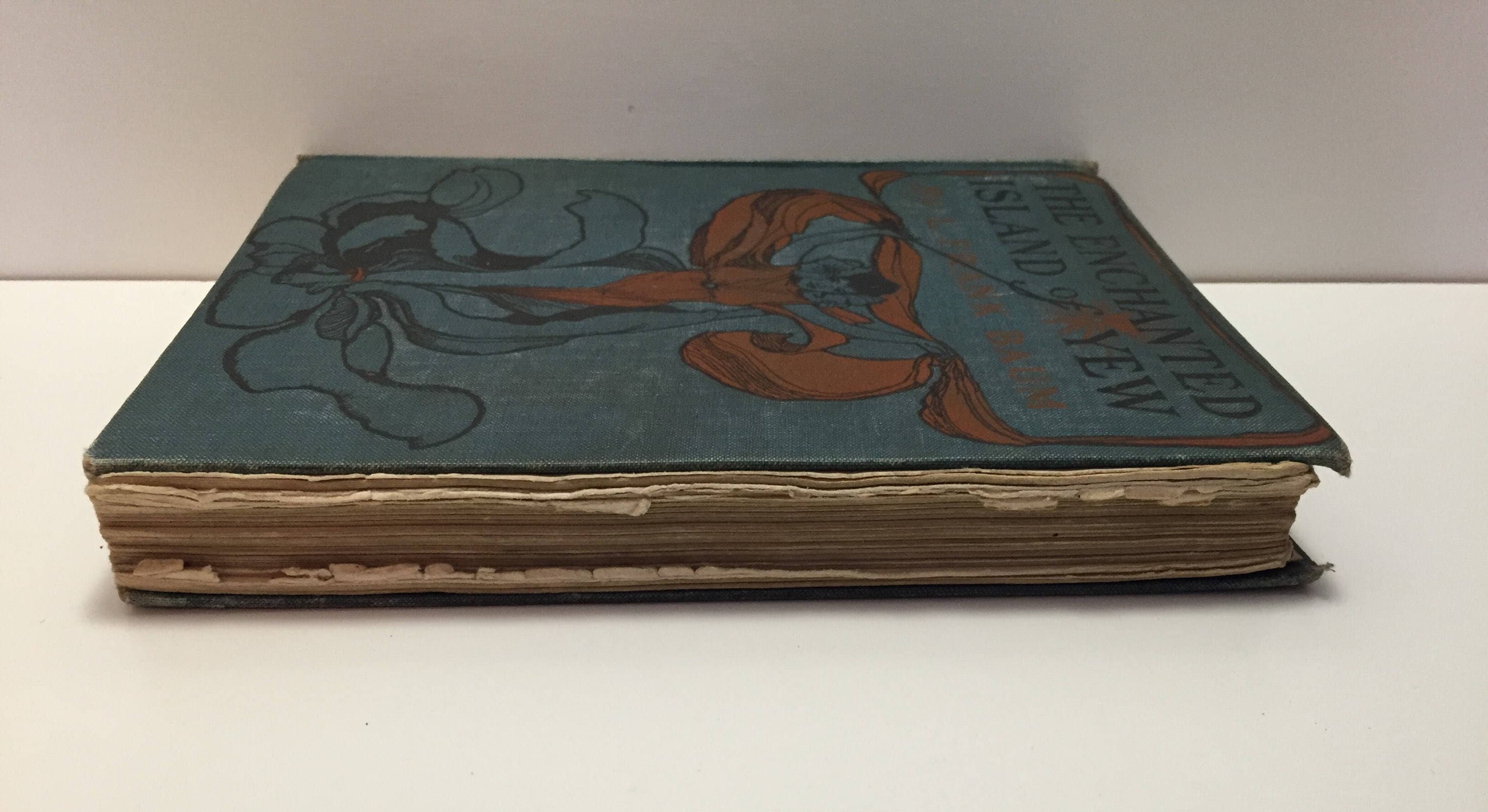 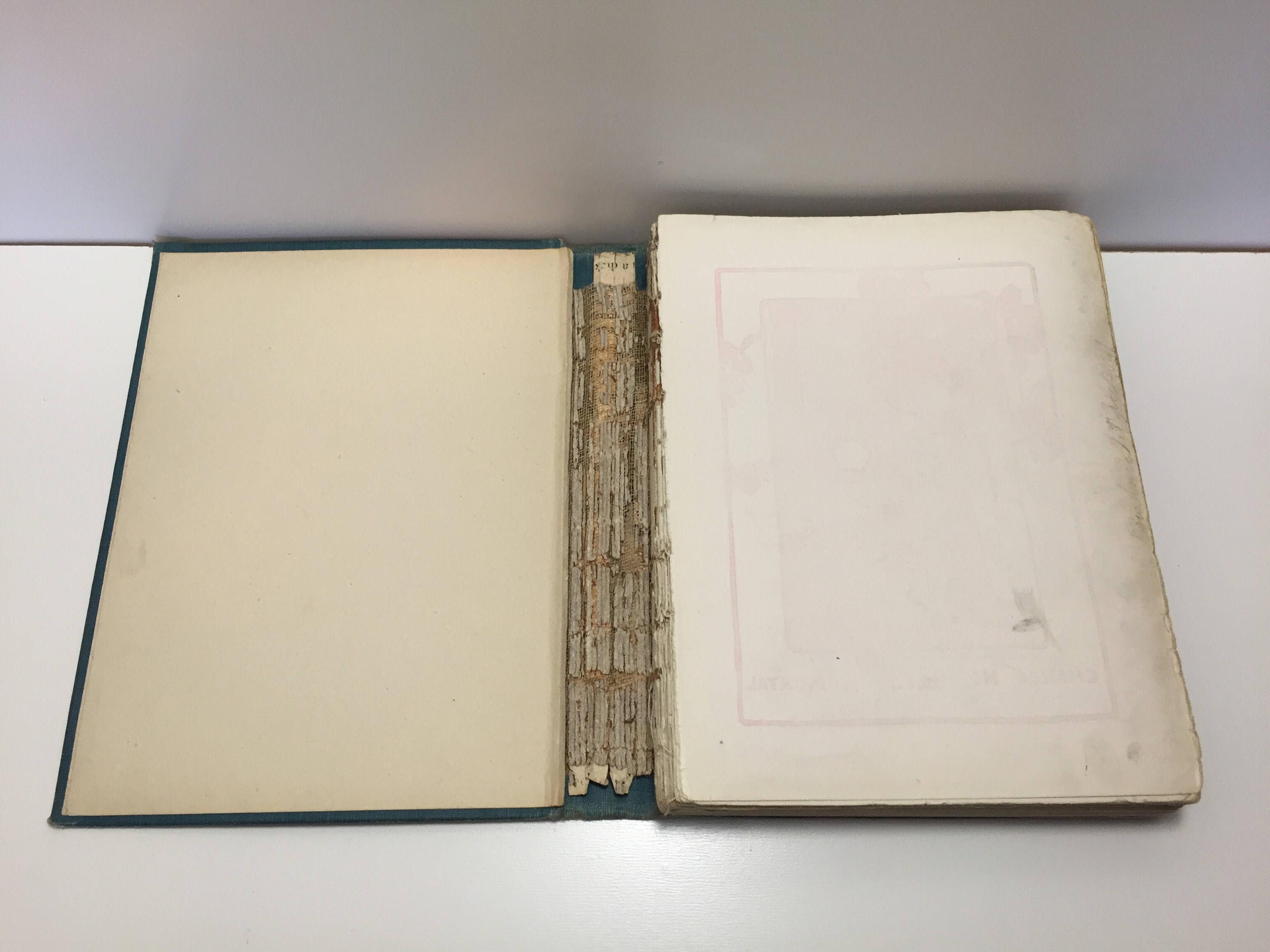 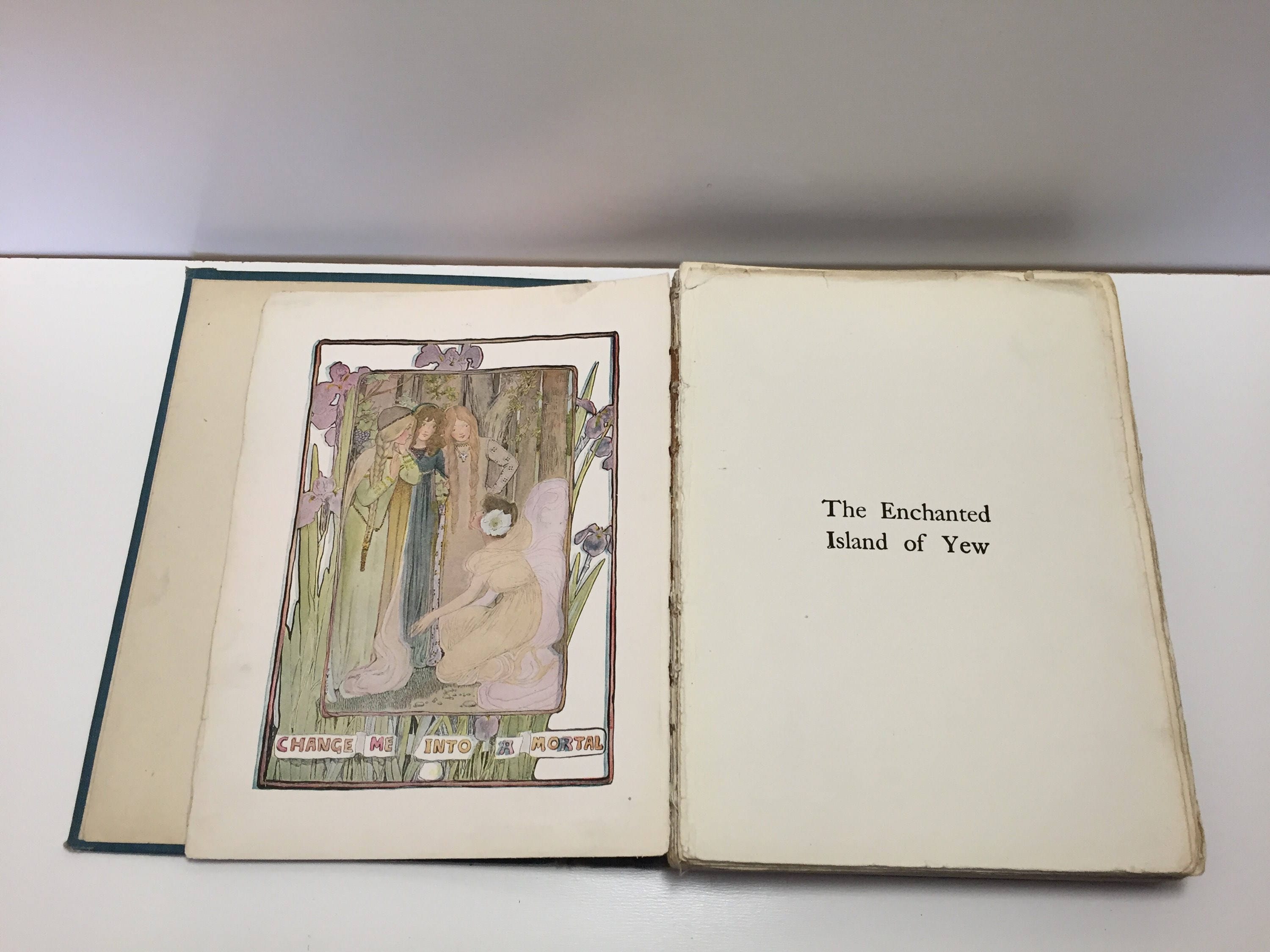 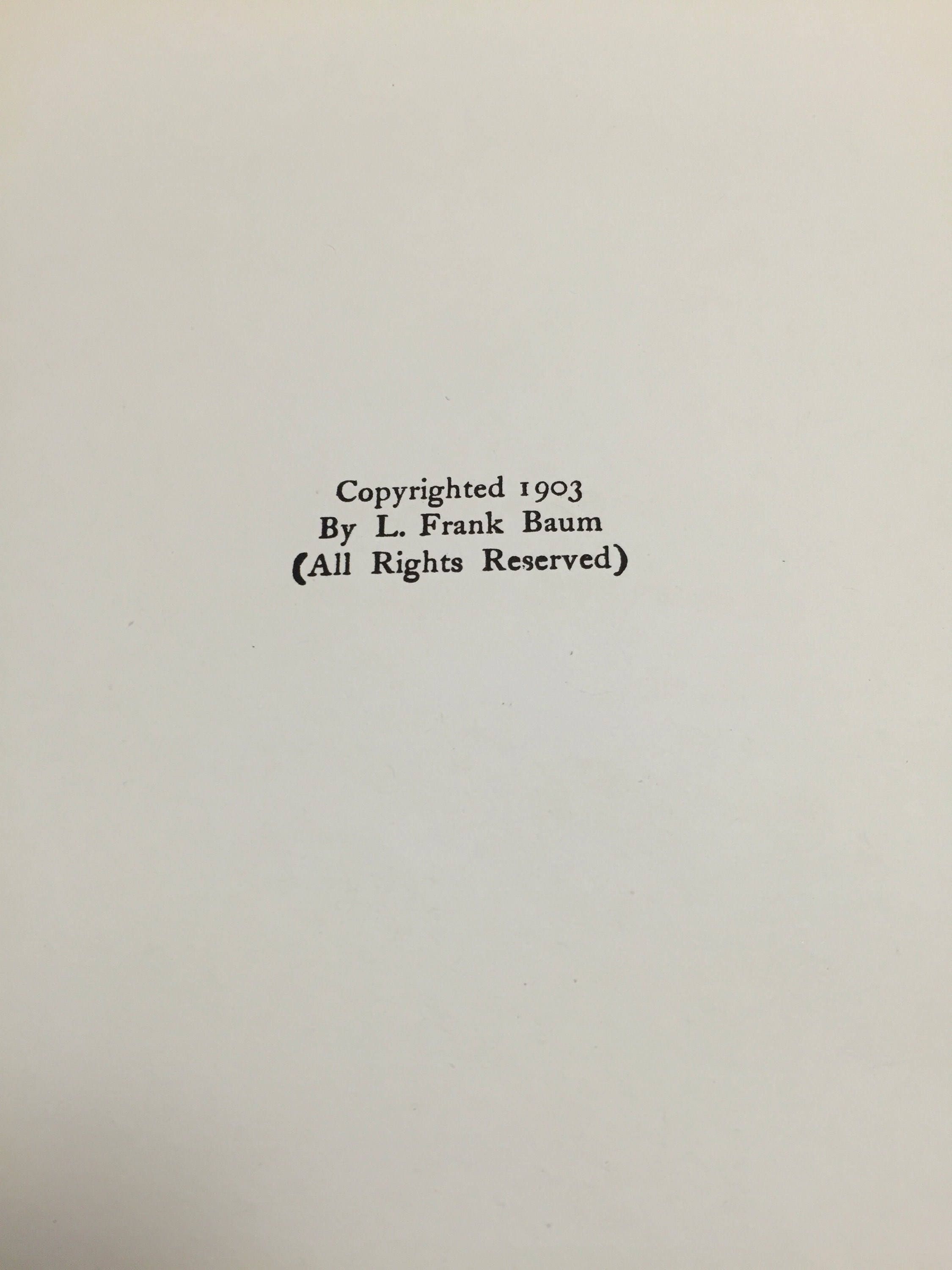 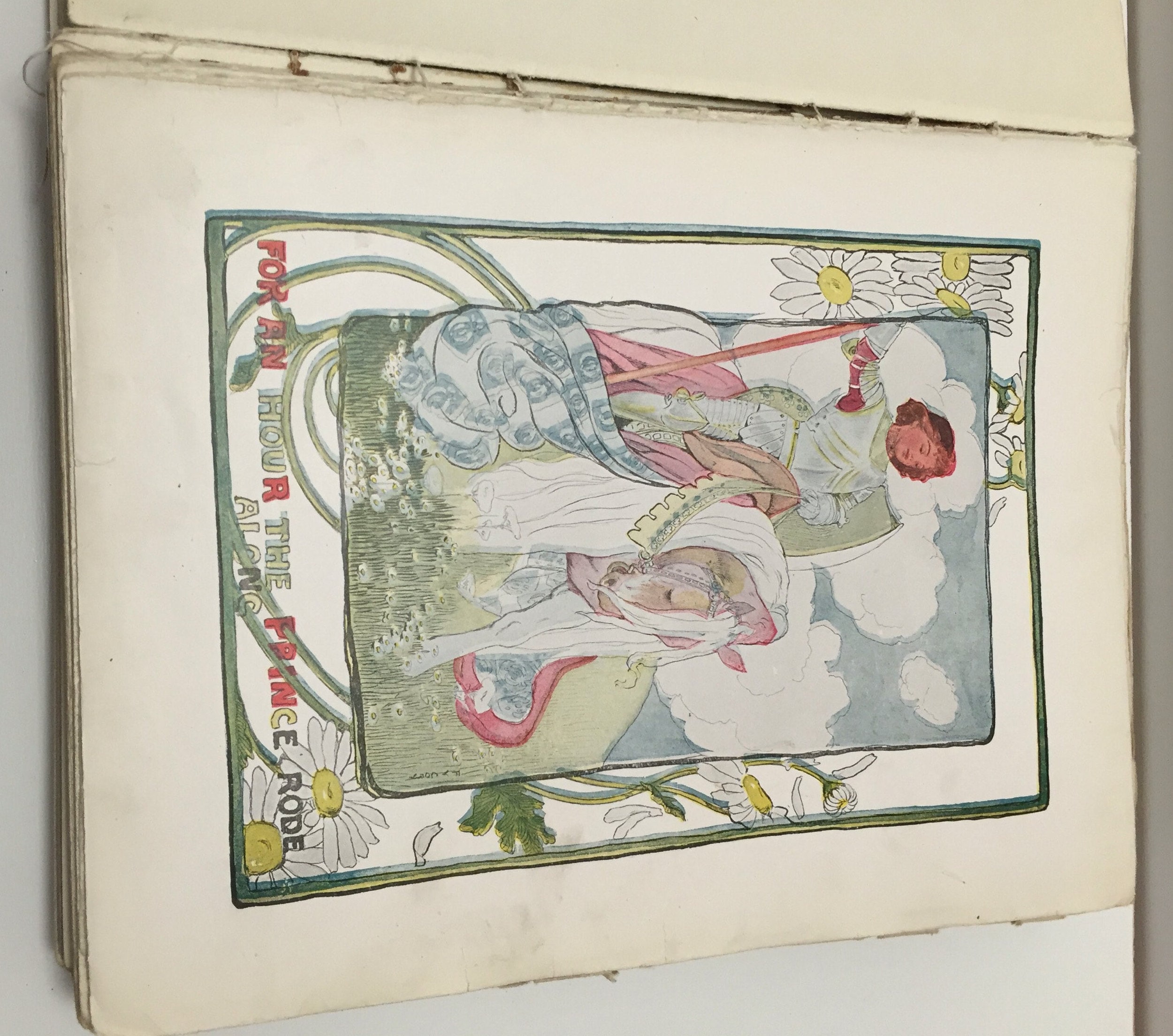 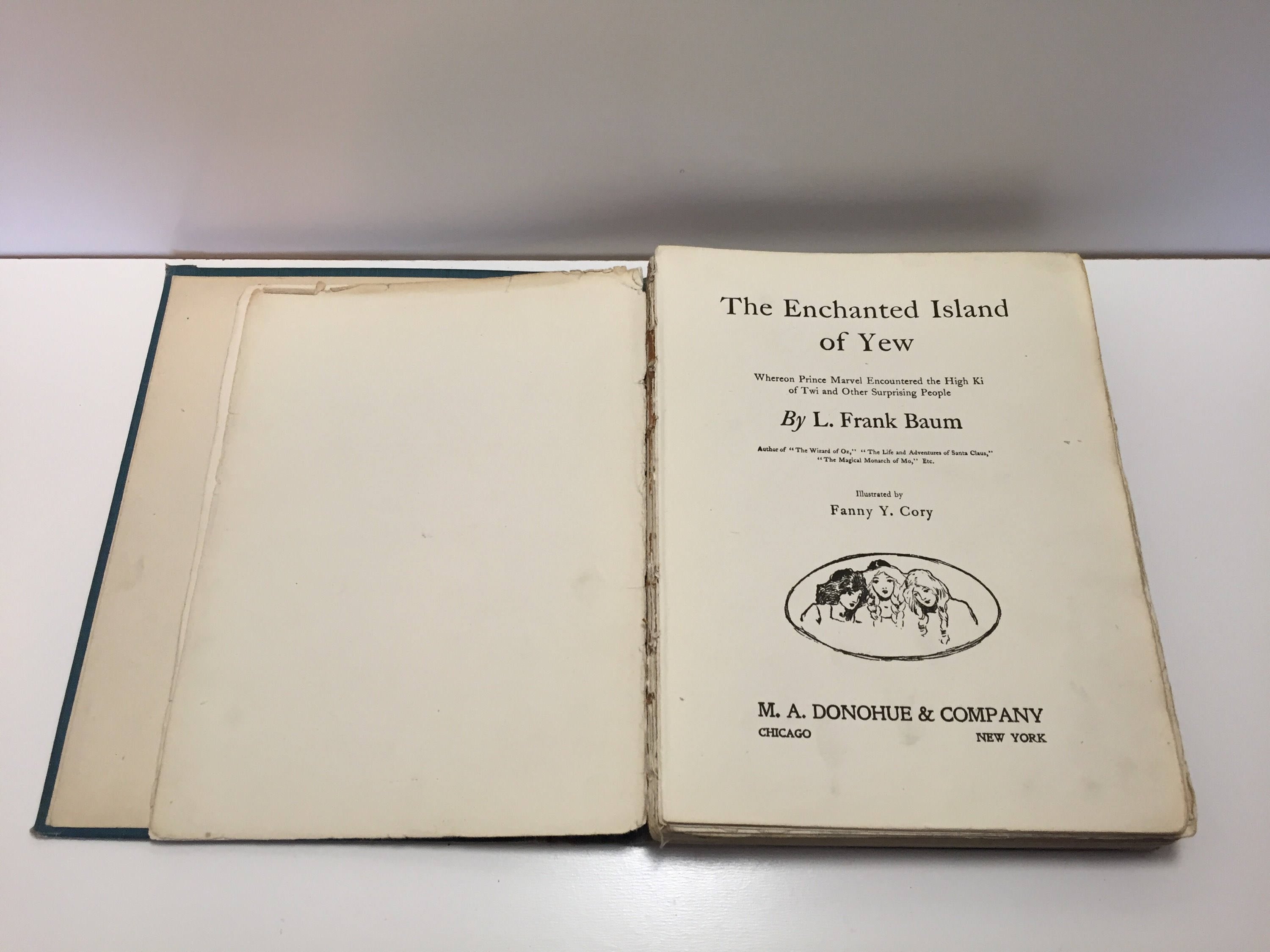 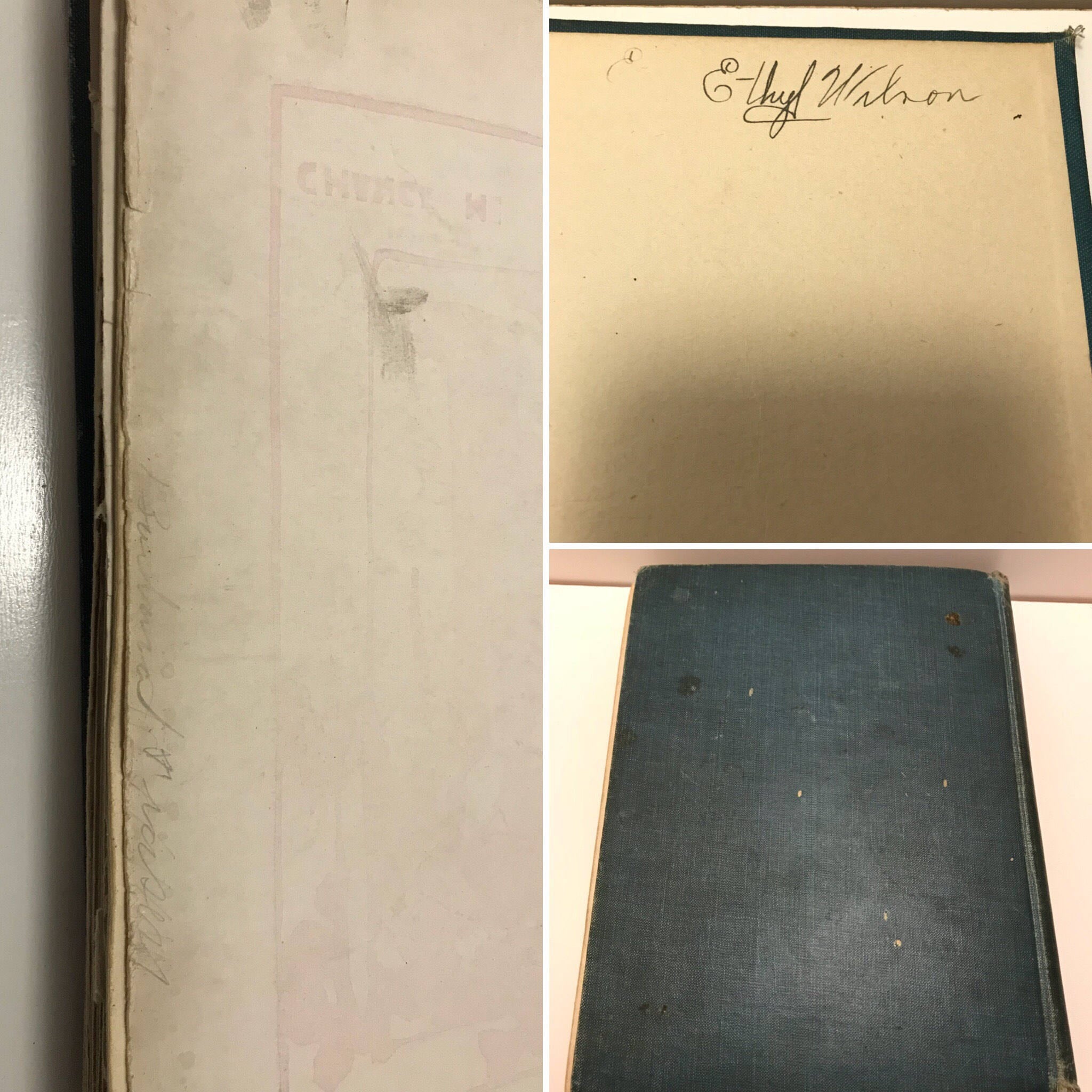 "The Enchanted Island of Yew: Whereon Prince Marvel Encountered the High Ki of Twi and Other Surprising People" is a children's fantasy novel written by L. Frank Baum, illustrated by Fanny Y. Cory, and published by the Bobbs-Merrill Company in 1903. This first edition contains eight color plates and many other illustrations stamped over the text. It was dedicated to Kenneth Gage Baum, the youngest of the author's four sons.

Book is complete, with a good outer spine, but it is broken inside. Therefore, some outer pages are completely loose and the main body of pages are still attached with string in a large loose section. There are two signatures (one inside the front cover, an one inside the back cover - they can be seen in photo #10) - all pages seem to be accounted for and all 8 color plates are also included. Please examine photos completely regarding the condition. It is not perfect - it has been loved - but it is still an amazing collectors piece and a valuable first edition ready to enhance someone's collection!

"Yew is the most traditional of Baum's fantasy lands, with knights and castles as well as fairies. It resembles the countries of  Queen Xixi of lx more than the lands of Oz.
The Island of Yew is set at some undisclosed place "in the middle of the sea". (Later commentators have sometimes placed it in Baum's Nonestic Ocean with the landmass that contains the Land of Oz and its associated countries but the book itself does not reference this.) Like Oz, it is divided into four countries associated with the four cardinal directions, plus a fifth central country that dominates the others. In the east of Yew lies the land of Dawna; in the west, "tinted rose and purple by the setting sun", is Auriel. In the south lies the kingdom of Plenta, "where fruits and flowers abounded"; and in the north is Heg, the most stereotypically feudal and medieval of the four.
In the center, like the Emerald City in Oz, lies the fifth kingdom of Spor. But while the Emerald City is a powerfully positive place, the centrally-located Spor has just the opposite influence for Yew: Spor is a bandit land, ruled by the mysterious King Terribus, and populated by "giants with huge clubs, and dwarfs who threw flaming darts, and the stern Gray Men of Spor, who were the most frightful of all". The other peoples of Yew are pleased if the denizens of Spor come to rob them only once a year."

Lyman Frank Baum (May 15, 1856 – May 6, 1919), better known as L. Frank Baum, was an American author chiefly famous for his children's books, particularly The Wonderful Wizard of Oz and its sequels. He wrote a total of 14 novels in the Oz series, plus 41 other novels, 83 short stories, over 200 poems, and at least 42 scripts. He made numerous attempts to bring his works to the stage and the nascent medium of film; the 1939 adaptation of the first Oz book would become a landmark of 20th century cinema. His works anticipated such century-later commonplaces as television, augmented reality, laptop computers (The Master Key), wireless telephones (Tik-Tok of Oz), women in high-risk and action-heavy occupations (Mary Louise in the Country), police corruption and false evidence (Phoebe Daring), and the ubiquity of advertising on clothing (Aunt Jane's Nieces at Work).

But please contact me if you have any problems with your order.

0 items in your cart